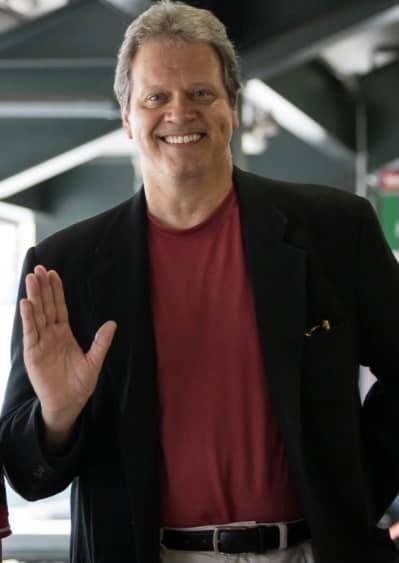 Schmitt Talks About His Childhood Poverty

PA State Representative Lou Schmitt will share his personal journey about growing up poor on October 14th at noon at the Casino as part of the “United We Can” inspirational luncheon series. Cost is $11.00 for speaker and lunch.
The 6’9 legislator will talk about being one of 9 children, growing up in Altoona, and working hard through the ups and downs of life to get to where he is in life today.
Rep Schmitt serves the 79th District, and is a member of the Government, Transportation and Urban Affairs Committee.
He was an outstanding basketball for Altoona Area High School and St. Francis University. He excelled academically, receiving a BA in 1984 in history and political science, and then attended University of New Hampshire School of Law. In 1987, he received his Juris Doctorate degree from the school.
He returned home to Blair County in 1993 where he joined the firm of McIntyre, Hartye, Schmitt, and Sosnowski.
He is very involved in the community, holding membership in various organizations.
In 2017, he was named Kiwanian of the Year for his work with the Buddy Club, a youth program he runs for kids in his own neighborhood who come from low income families.
He resides in Altoona with his wife Helen, is the father or two daughters and has two grandchildren.
For reservations, email suegriep17@hotmail.com. No later than October 11th.

Add to my calendar
Copyright © 2021 Forever Media. All Rights Reserved. Internet Development by Frankly Media
Forever Media Inc., and its affiliates and their Radio Stations do not and shall not discriminate in any way on the basis of race, gender, or ethnicity respecting their employment or advertising practice.