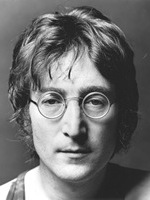 Fans will get an in-depth and behind the scenes look at the making of John Lennon‘s 1971 chart-topping Imagine album tonight (March 11th), with the U.S. premiere of John & Yoko: Above Us Only Sky. The doc, which is airs on A&E at 9 p.m., spotlights the sessions for the legendary album recorded at Lennon’s home in Ascot, England and follows the sessions through the summer of ’71 as the Lennon’s emigrate to New York City. In addition to Yoko Ono and Julian Lennon, the doc features new recollections from such key musicians in the Imagine story as bassist Klaus Voormann, drummers Alan White and Jim Keltner, photographer David Bailey, activist Tariq Ali, Lennon engineers Eddie Veale and Jack Douglas, Lennon’s personal assistant Dan Richter, and Al Steckler — the American director of Apple Records, among others.

Jack Douglas, who was one of Lennon’s engineers for Imagine once the sessions hit New York for the final stretch of work, went on to produce John & Yoko’s 1980 sessions, along with classic albums by Aerosmith and Cheap Trick. After Lennon’s Imagine sessions, Douglas worked on Yoko’s album Fly, the couple’s Some Time In New York City album, along with Yoko’s solo sets Approximate Infinite Universe, Feeling The Space, and A Story.

We asked Jack Douglas how John Lennon dealt with his first recording sessions in America at Manhattan’s Record Plant Studios: [“I can’t really imagine that he was nervous about it. He felt very comfortable. And I have to give that to the people at Record Plant — and particularly, (owner) Roy Cicala, who knew how to work with just about anybody, and even I at that point was used to — although John was a god to me — but, I wasn’t star-struck at all, and so, it was easy to be relaxed. I mean, the Record Plant people were relaxed.”] SOUNDCUE (:26 OC: . . . people were relaxed)