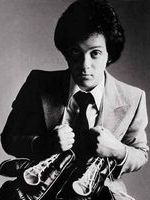 Set for release on Record Store Day on April 13th is Billy Joel‘s first stand-alone vinyl issue of Live At Carnegie Hall, 1977. The set, which was recorded on June 3rd, 1977, was originally released back in 2008 as part of the 30th anniversary edition of The Stranger album. The concert features two soon-to-be classics with “Just The Way You Are” and “Scenes From An Italian Restaurant” performed a full three months prior to their release.

Billy Joel talked about the concert on June 3rd, 1977, and was asked if the Carnegie Hall gig made him feel as though he had finally “made it”: [“Well, there was that element to it, sure. Because Carnegie Hall has a reputation for being a terrific music venue for, y’know, ‘fine music.’ But you gotta remember, Benny Goodman played there, Buddy Rich and Gene Krupa. And I actually saw Led Zeppelin play there back in the ’60s — and the Beatles played there, as well. So, it was an important venue — especially in New York City. Carnegie Hall is known world-wide, and when you’re gonna headline Carnegie Hall, you know it.”] SOUNDCUE (:25 OC: . . . you know it)

Billy remembers that it was the audience who succeeded in making the gig a decidedly rock and roll event: [“There was a no smoking rule that had just been instituted at Carnegie Hall and they were insistent on it. ‘Okay, you can no longer smoke’ — ’cause people used to be able to smoke at Carnegie Hall. So there’s kids up in the balcony — and you could see that people were smoking. So they turned on the lights above the balconies to show that kids were smoking and they should put out their cigarettes. So rather than put out the cigarettes, the kids stood up on the balcony rails and unscrewed the light bulbs.”] SOUNDCUE (:25 OC: . . . the light bulbs)

The tracklist for Billy Joel: Live At Carnegie Hall, 1977 is: “Miami 2017 (Seen The Lights Go Out On Broadway),” “Prelude/Angry Young Man,” “New York State Of Mind,” “Just The Way You Are,” “She’s Got A Way,” “The Entertainer,” “Scenes From An Italian Restaurant,” “Captain Jack,” “I’ve Loved These Days,” “Say Goodbye To Hollywood,” and “Souvenir.”