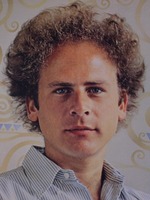 Coming to paperback on September 10th will be Art Garfunkel‘s critically acclaimed 2017 memoir, What Is It All But Luminous – Notes From An Underground Man. The book chronicles his life and career, shedding new and important light on his relationship with Paul Simon and the evolution of Simon & Garfunkel‘s sound and rise to fame.

In the press release for the paperback edition, close friend and frequent collaborator James Taylor said, “Art Garfunkel has seen it all. He has surveyed it from the heights and lived it at street level. He has walked the world. A deeply thoughtful man whose voice has made an indelible mark on his time, he is a friend and a colleague for half of my life and is still a mystery. He opens his mind to us in this delightful diary. I wish you the joy of it.”

Garfunkel has just rolled out a handful of new dates for May — with shows now on the books for Troy, New York; Los Angeles, California; Spokane and Seattle, Washington; and Portland, Oregon.

When we last caught up with Art Garfunkel — who has grabbed headlines over the past few years by slamming Simon for refusing to commit to a Simon & Garfunkel reunion — we asked him about the status of his relationship with Paul Simon these days: [“I observe myself as a man who is devoted to music and musicianship. And if somebody is your old friend from the old neighborhood, and he’s a brilliant musician, you are very deeply connected to him. Because the music has captured you. So, I can see how much a blood brother Paul Simon is because his musicianship is first rate.”] SOUNDCUE (:24 OC: . . . is first rate)

Art Garfunkel, who hasn’t released an album since 2007’s standards collection, Some Enchanted Evening, admitted to us that the recording studio doesn’t seem to be the most welcoming presence these days: [“I just don’t trust the modern age to go into the recording studio to make a side — a three-minute-and-fifty-second effort — that really goes for it and tries to make a wonderful thing; beginning, middle, and end — a song, a record. I don’t know if people see such things in those terms anymore. It’s flypaper, it’s stream of digital impulses.”] SOUNDCUE (:25 OC: . . . of digital impulses)

According to the original press release for the book:

“Art Garfunkel writes about his life before, during, and after Simon & Garfunkel . . . about their folk-rock music in the roiling age that embraced and was defined by their pathbreaking sound. He writes about growing up in the 1940’s and ’50s (son of a traveling salesman), a middle class Jewish boy, living in a red brick semi-attached house in Kew Gardens, Queens, a kid who was different — from the age of five feeling his vocal cords “vibrating with the love of sound” . . . meeting Paul Simon in school, the funny guy who made Art laugh; their going on to junior high school together. . . becoming Simon & Garfunkel, taking the world by storm, ruling the pop charts from the time he was sixteen, about not being a natural performer, but more a thinker . . . touring; sex-for-thrills on the road, reading or walking to calm down (walking across two continents–the USA and Europe). He writes of being an actor working with directors Nicolas Roeg and Mike Nichols. . . getting his masters in mathematics at Columbia; choosing music over a PhD; his slow unfolding split with Paul and its aftermath; learning to perform on his own, giving a thousand concerts worldwide, his voice going south (a stiffening of one vocal cord) and working to get it back . . . about being a husband, a father and much more.”