Most of you already know by now that I have realized a “boyhood dream” by teaming up with Steve Clark on the WFBG morning show.  As a young lad heading to RJHS in the mid-70’s I would always ask my dad to tune in Steve’s morning show on WVAM on the way to school.  I thought he was just the “coolest, funniest guy on the radio!” (although I did have some allegiance to Dick DiAndrea, and later “All Night Animal” Steve Kelsey too).  So it truly is an honor to share the air with a guy that had such an influence on me.  And I was so pleased to see that Steve was featured in the most recent Altoona Mirror “Blair Business Mirror” circular that was included with Tuesday’s paper.  Great article!  Take time to read it, because you will find out Clarkie has “been there-done that”, and has enjoyed success, but is still a truly an outstanding pro, and a truly good guy! 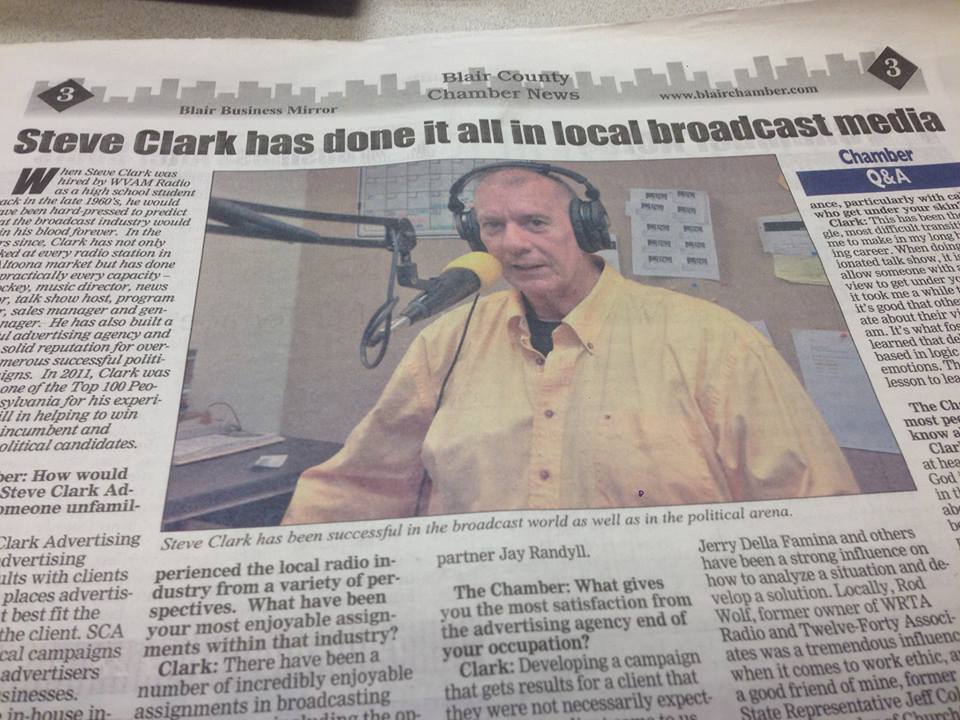